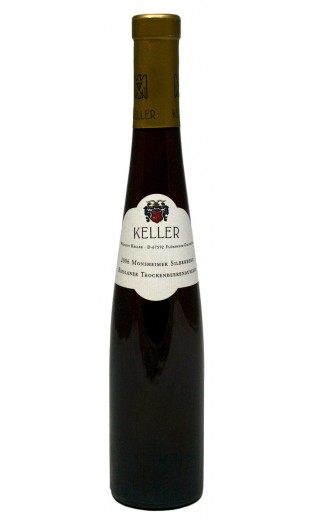 "Keller’s 2006 Monsheimer Silberberg Rieslaner Trockenbeerenauslese gold capsule exhibits honey, black tea, Scheurebe-like vivid pink grapefruit zest, and Chartreuse-like herbal and floral concentrate in the nose as well as on the palate. Tremendously dense and bright, it finishes with overwhelming sweetness and with a relative lack of differentiation, with an effect that borders on the syrupy. That said, it is such early days for a wine like this that one hardly knows into what it might shape itself. Expect however, that its progress will be measured in something closer to decades than to mere years!"